Here are some projects I've made. You can use the above links for individual in-depth project pages, or see the brief summaries below. 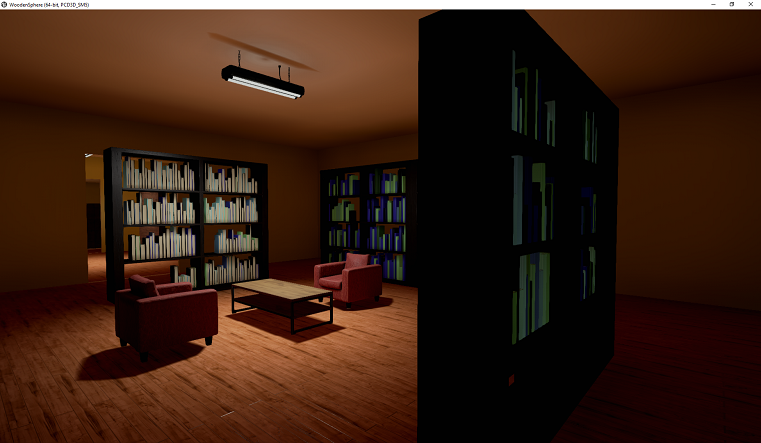 Wooden Sphere (code name, not working title) is a first person stealth game I’m currently working on. In this game you are a library shelver who needs to accomplish various tasks in a library, without being seen by the patrons or staff. In the single player campaign mode you are given a mission of five random tasks to perform throughout the day. The tasks include shelving, sorting, weeding, and collecting certain books spread out across the maze-like library. After completing a task the time of day advances by two hours, which affects both the number of people and the lighting in the library. Before the mission starts you are given a map and list of tasks which you reorder in a schedule, the idea being tasks which might be more complicated are more suited to earlier or later times in the day. The game is powered by Unreal Engine 4.

Project Stacks was the first iteration of a stealth game I was making by myself. It featured my own engine written in C++, taking concepts and lessons learned from Chengine and expanding them.

Chengine is a game engine I wrote while researching game development. It was later used to make a short concept of a game. Areas of focus included systems design, several different graphics renderers, experimenting with different shaders to explore lighting and shadows, implementing a physics system using Bullet Physics, and exploring different ways of implementing an entity component system. It was designed to be data-driven and highly flexible.